It is often said that Croatia is a country of a thousand islands. But if we’re being precise, it’s actually more than that - the Croatian part of the Adriatic sea features 1244 islands, islets and reefs. This makes it one of the world’s best places for sailing and cruising. At the same time, choosing areas to visit on your trip might seem complicated, because how can you even choose between all these options?

Of course, you can always go with some obvious choices, and visit some of the most popular Croatian destinations for sailing, such as Hvar, Brač and Korčula island, or major cities like Split and Dubrovnik. These places are not extremely popular without reason - they are truly some of the highlights of the coast, since they all feature a great combination of incredible nature, ancient architecture, and lively bars and restaurants.

On the other hand, in case you are looking to get away from everyone and avoid large crowds for a week or two, these destinations might not be ideal choices, especially during high season (June to September). Luckily, there’s plenty of equally stunning alternatives, which have not been discovered by the masses. So far.

One of the top picks is Zadar archipelago, located roughly in the middle of the Croatian coast. The archipelago features around 300 islands, islets and reefs of unparalleled beauty, one national park and one nature park. We’ve made a brief overview of some of our favorite spots in this area, so let’s dive in!

Ugljan is a hidden jewel of the Adriatic. While not as hyped-up as some of the flashier destinations we’ve already mentioned, this lush green island hides many attractions and must-see spots. One of them is surely the tiny isle Školjić, located just 85 meters (280 feet) away from the island’s biggest town Preko, that is a home to a historic monastery of St. Paul, originally built in the 15th century. You can also climb the island’s highest spot, where you’ll find St. Michael’s fort from the 13th century and some breathtaking views of the archipelago. The island offers a great blend of many amenities needed for a comfortable holiday, as well as plenty of opportunities to explore hidden spots along the coast, making it a great stop on a sailing or cruising route. 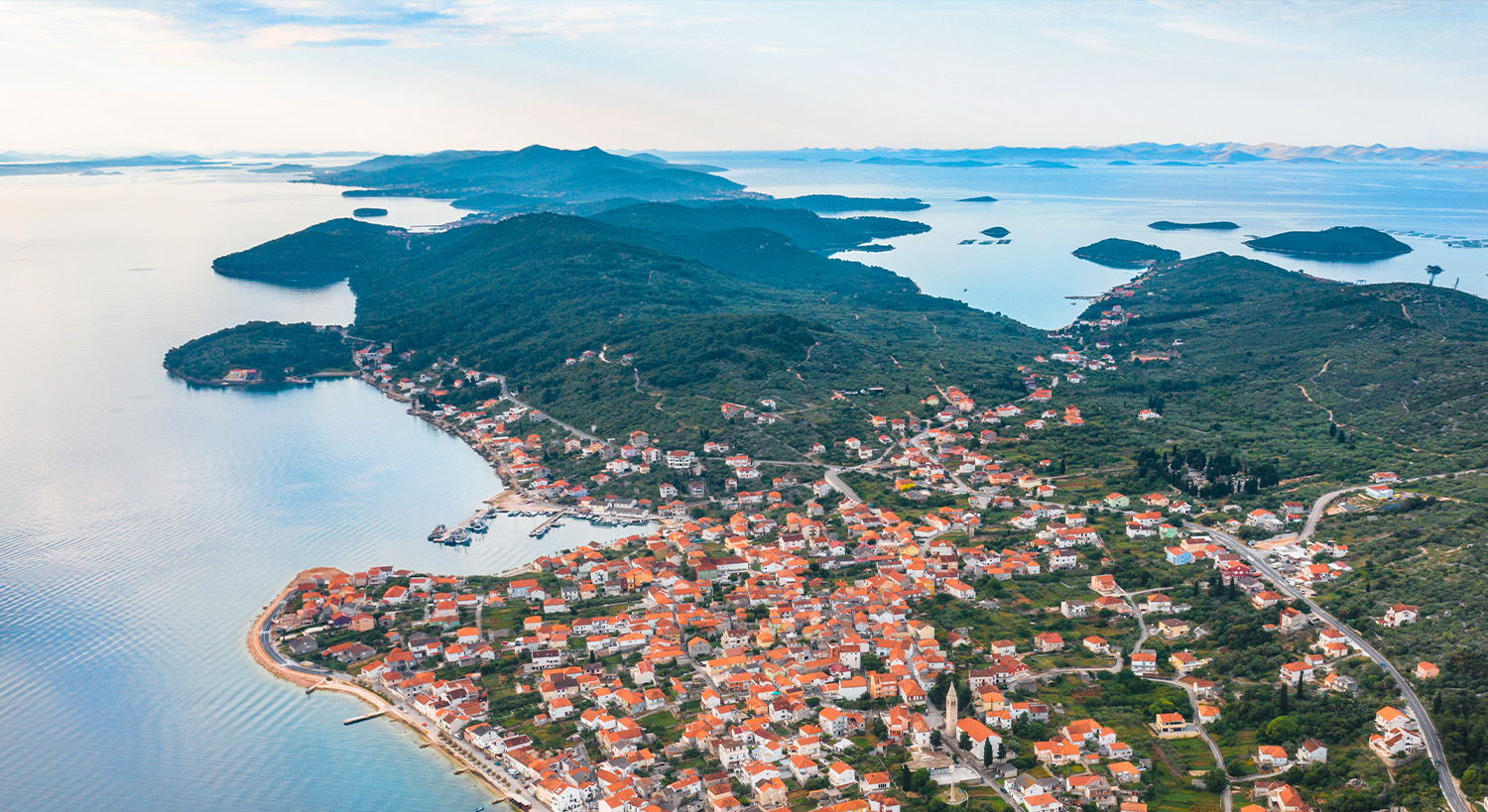 Remember the national park we mentioned in the introduction? Well, this is the one!

The uninhabited 89 islands, islets and reefs in the Kornati National Park are often said to be a nautical paradise, because they offer endless possibilities of getting lost in numerous small bays and coves that offer privacy and full relaxation in truly untouched nature, and some fantastic diving opportunities. Even though they’re uninhabited, it doesn’t mean they’re completely empty. You’ll find some top-notch restaurants scattered around the islands, all of which pride themselves on super fresh seafood directly from the Adriatic.

Kornati Islands were described by a playwright George Bernard Shaw in 1929 with these words: "On the last day of creation, God desired to crown his work, thus created the Kornati Islands out of tears, stars & breath." Since then, this part of the coast hasn’t really changed that much, so Mr. Shaw’s words are still valid to this day.

To sail through the park you will need to purchase a ticket, whose price depends on the length of your stay, size of the boat and time of the year. 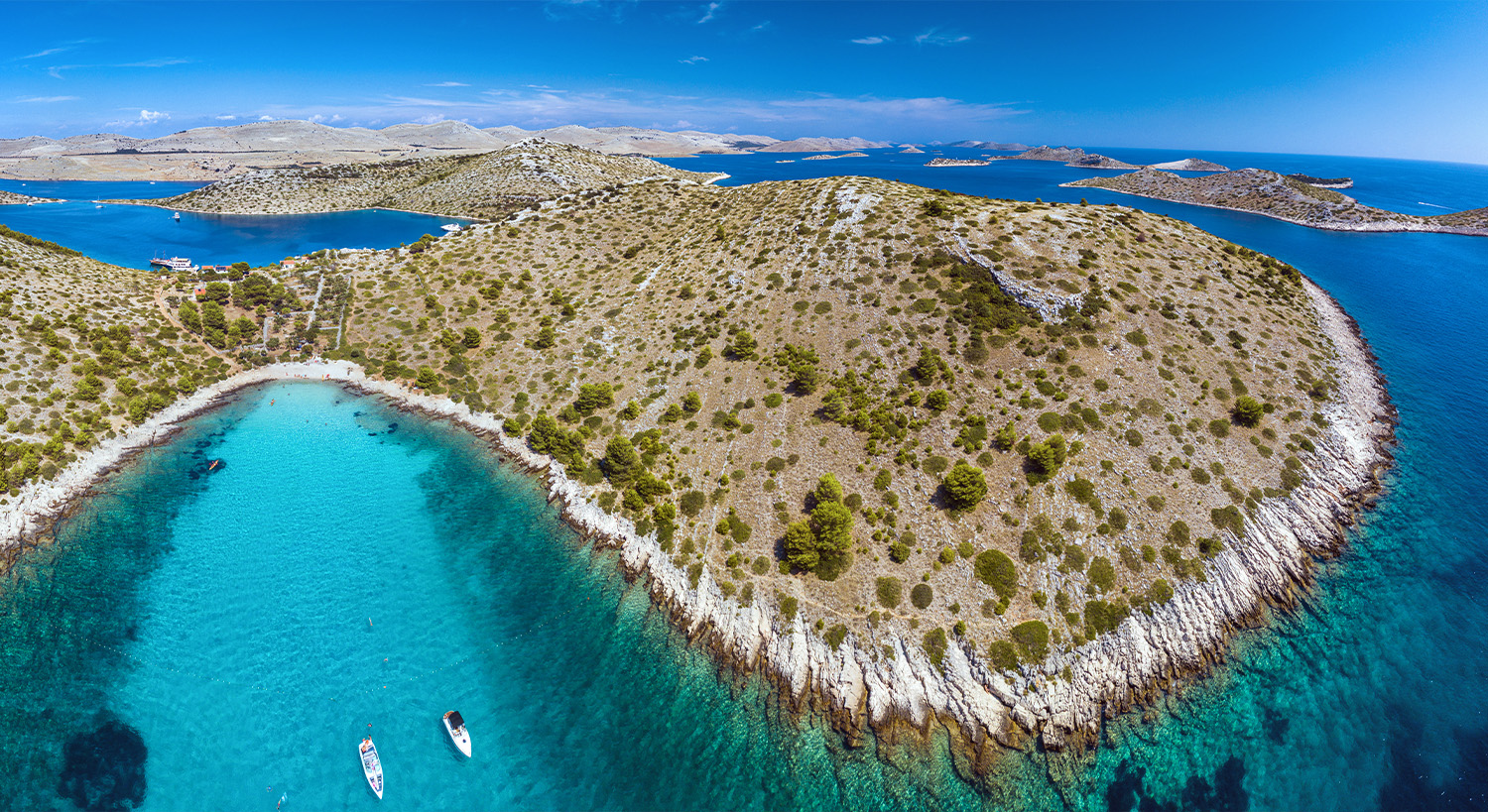 Located right next to Kornati islands and Ugljan, Pašman is an ideal stop for a day or two on your sailing or cruising trip around the archipelago. Apart from crystal clear shallow waters, Pašman also features the remains of Roman architecture, since it’s been inhabited since the prehistoric period. While relatively popular amongst nautical tourists, Pašman remains pretty wild and secluded, which is its main draw. 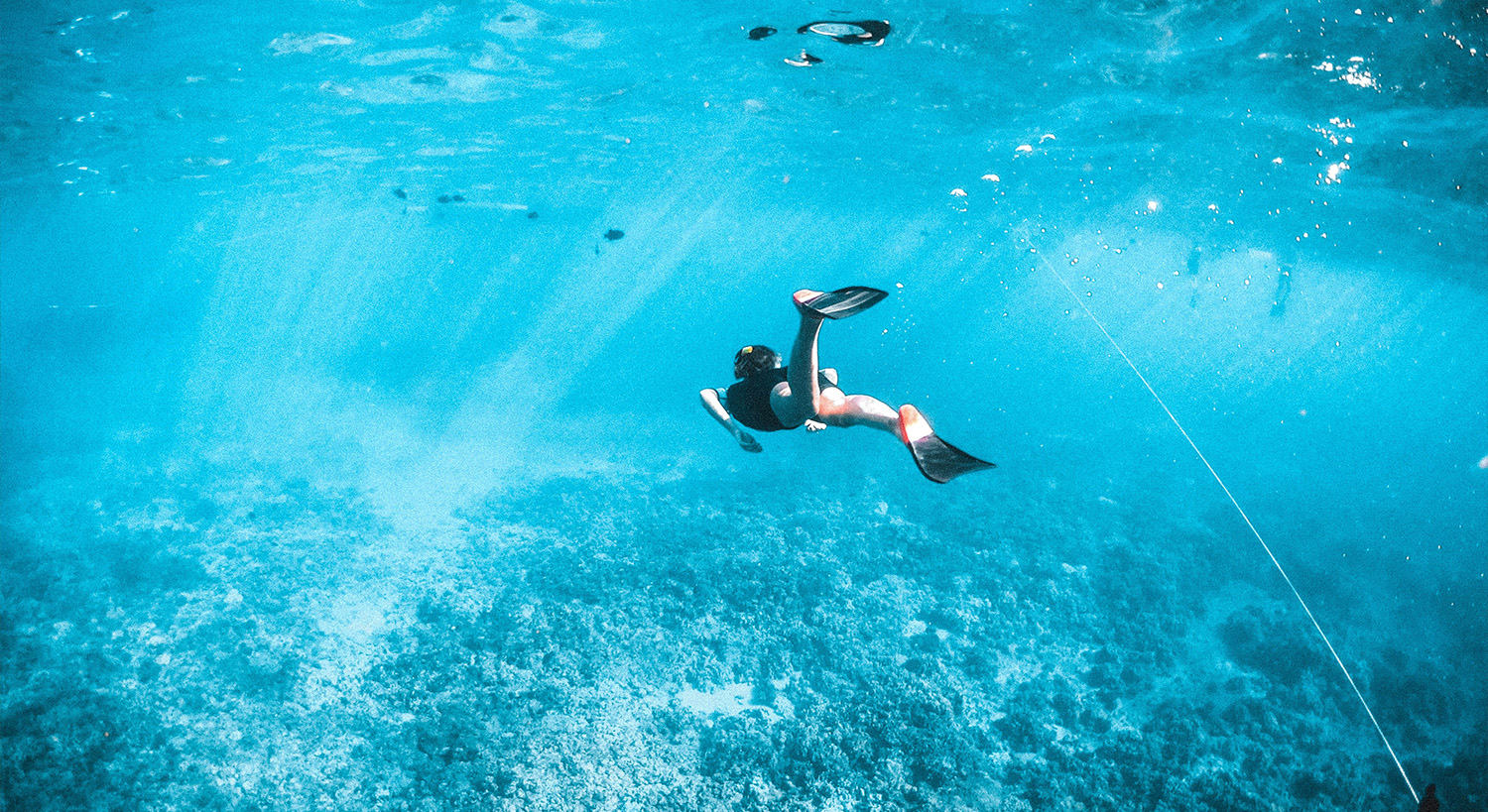 Dugi otok (Long island in English), is one of the largest islands of the archipelago, and one of the most interesting ones. It’s still free of mass tourism, making it a perfect place for your holiday escape. The western coast of the island features dramatic cliffs that go up to 200 meters (650 feet) above sea level. Southern part of the island is home to Telaščica Nature Park, a protected nature reserve around Telašćica bay, which is also one of the most attractive anchorages on the coast. While here, make sure to explore the hidden spots, as well as the popular Sakarun sand beach. It might be a bit crowded at times, but it’s definitely worth visiting for its clear turquoise waters. 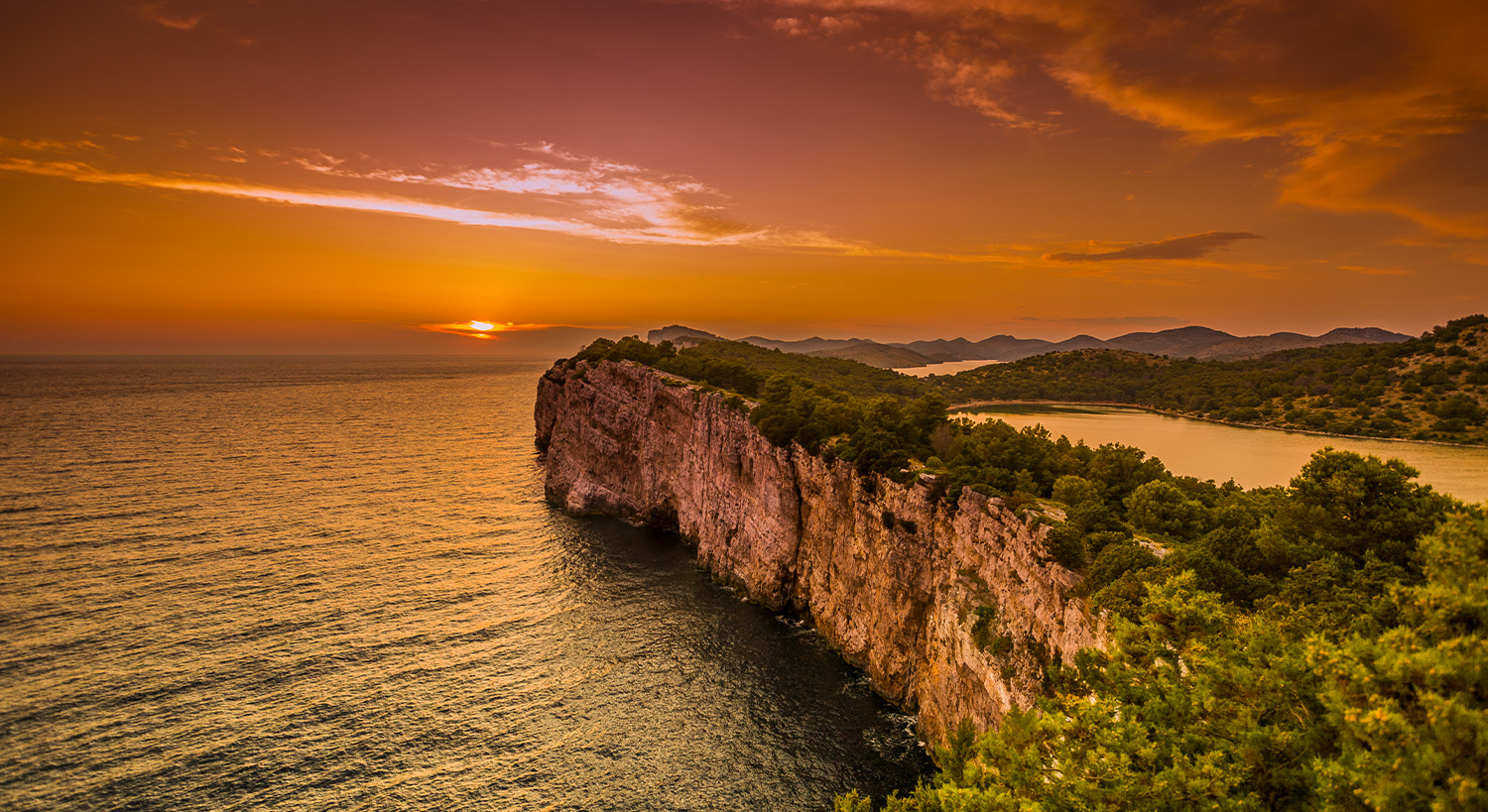 Squeezed between Dugi otok and Ugljan is a tiny island of Iž. This charming place is absolutely free of large crowds, and is mostly visited by a lucky few who own a house in one of the island's two villages, guests of several small hotels and apartments for rent, as well as the nautical visitors. All together, it is a small bunch, even at the height of the season.

You can expect a very intimate and relaxed atmosphere in the island’s villages filled with historic stone houses and churches, few traditional restaurants, small grocery shops. While there are some cycling tracks available on the islands, the best way to explore its rocky shores is by foot, which is always a great adventure since you’ll be able to find privacy and enjoy the deep blue waters surrounding the island. We recommend visiting Iž for a day or two, before moving on to the rest of this exciting part of the country. 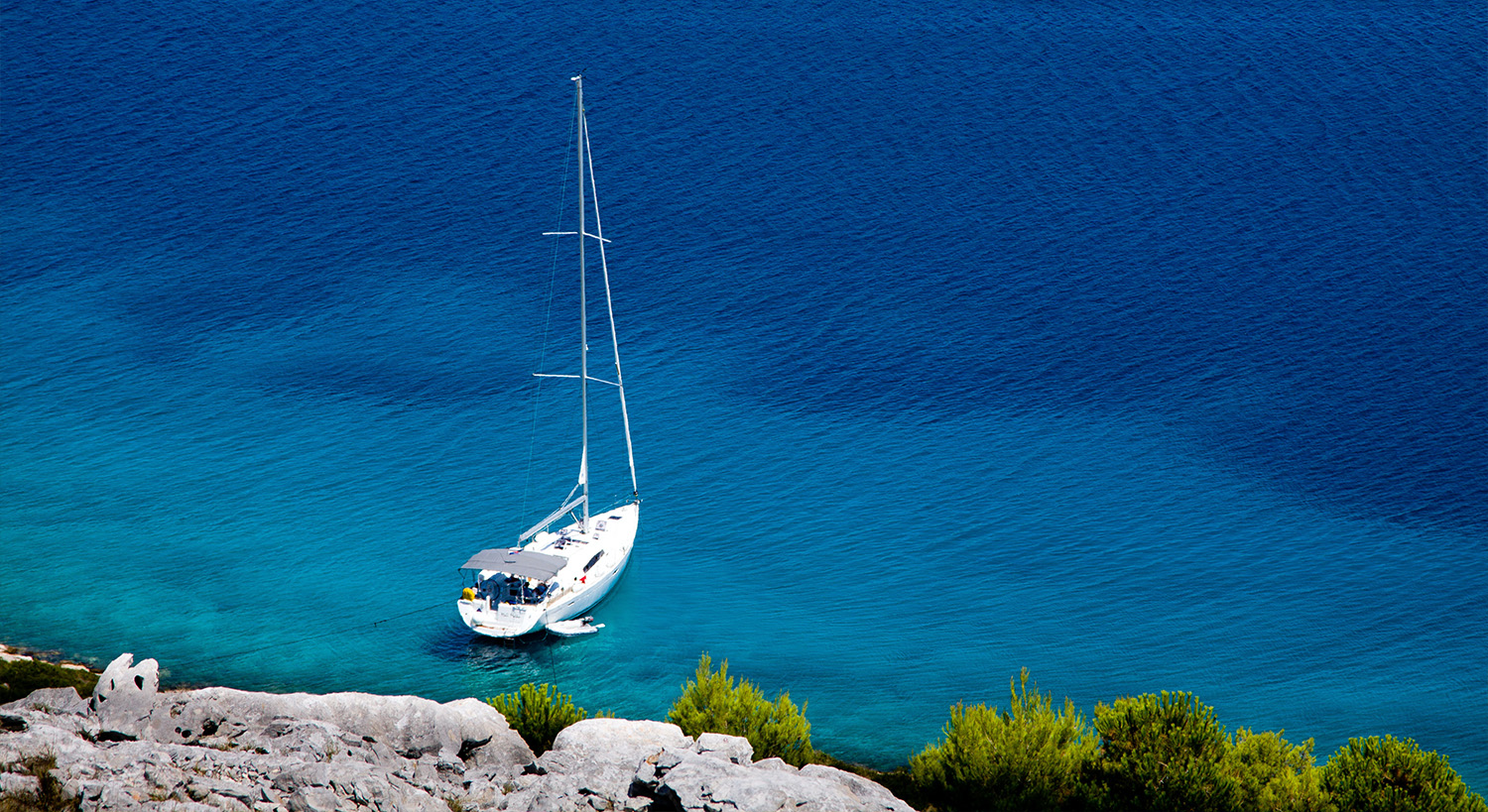 The northernmost island on this list is a hidden green oasis where there are no roads or cars. With less than 300 permanent residents, Silba is a super intimate destination where you’ll find several cafes and grocery shops, tennis courts and that’s pretty much it, at least when it comes to amenities. But what we love about this place is the slowed-down feel this special island has. The idea of stress truly disappears once you step your foot on the shore and discover its charming walking paths that go across the island.

As with most other destinations from this list, Silba features some incredible beaches and unforgettable sunsets. It is definitely a must-visit. 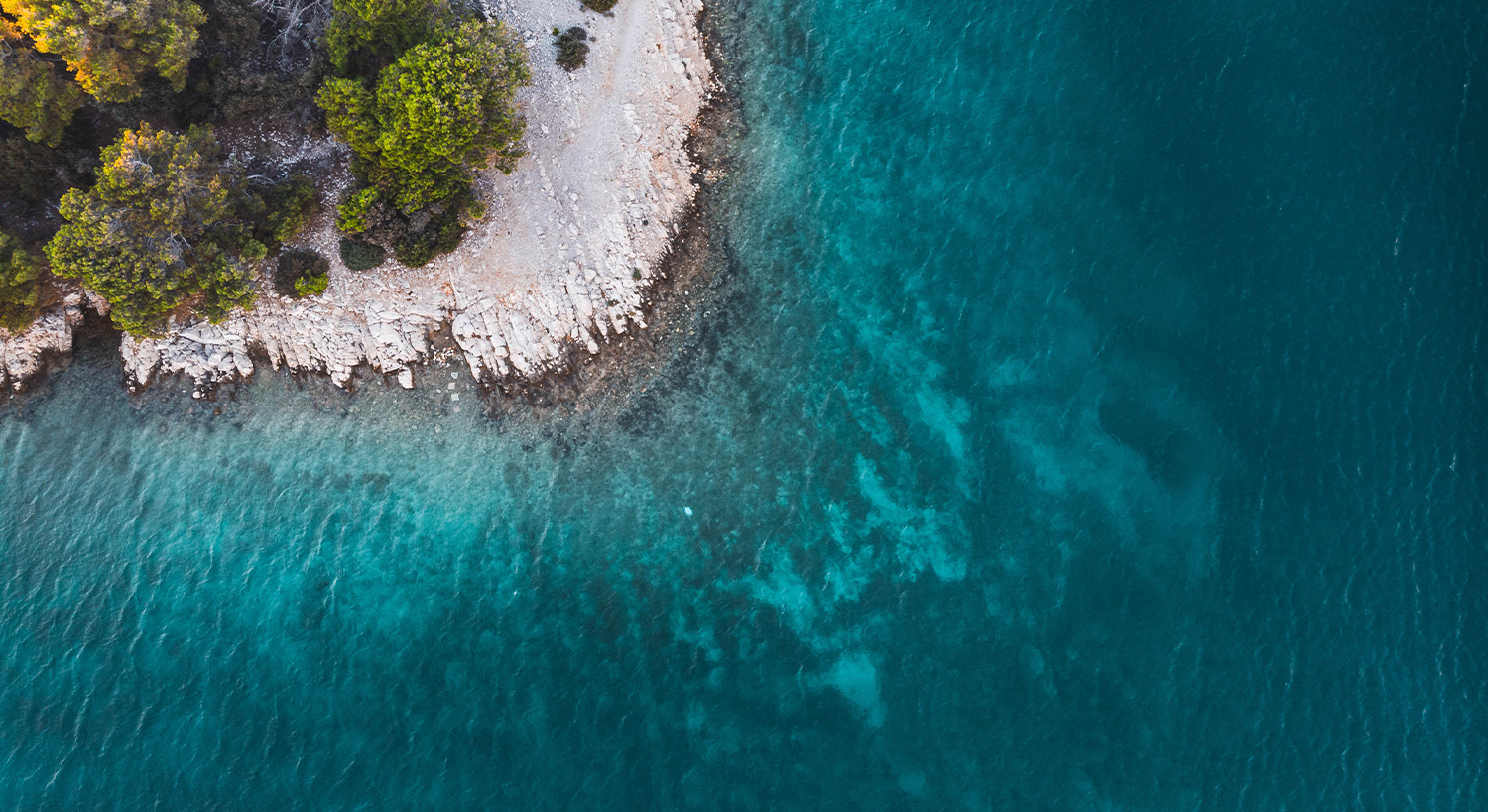 And this rounds up our list of some of the best spots in the Zadar archipelago, a heavenly place for everyone looking for a more private experience of the Adriatic. If this motivated you for the upcoming holiday, make sure to check out our crewed charter and bareboat charter available in the archipelago and get ready for an adventure of a lifetime! 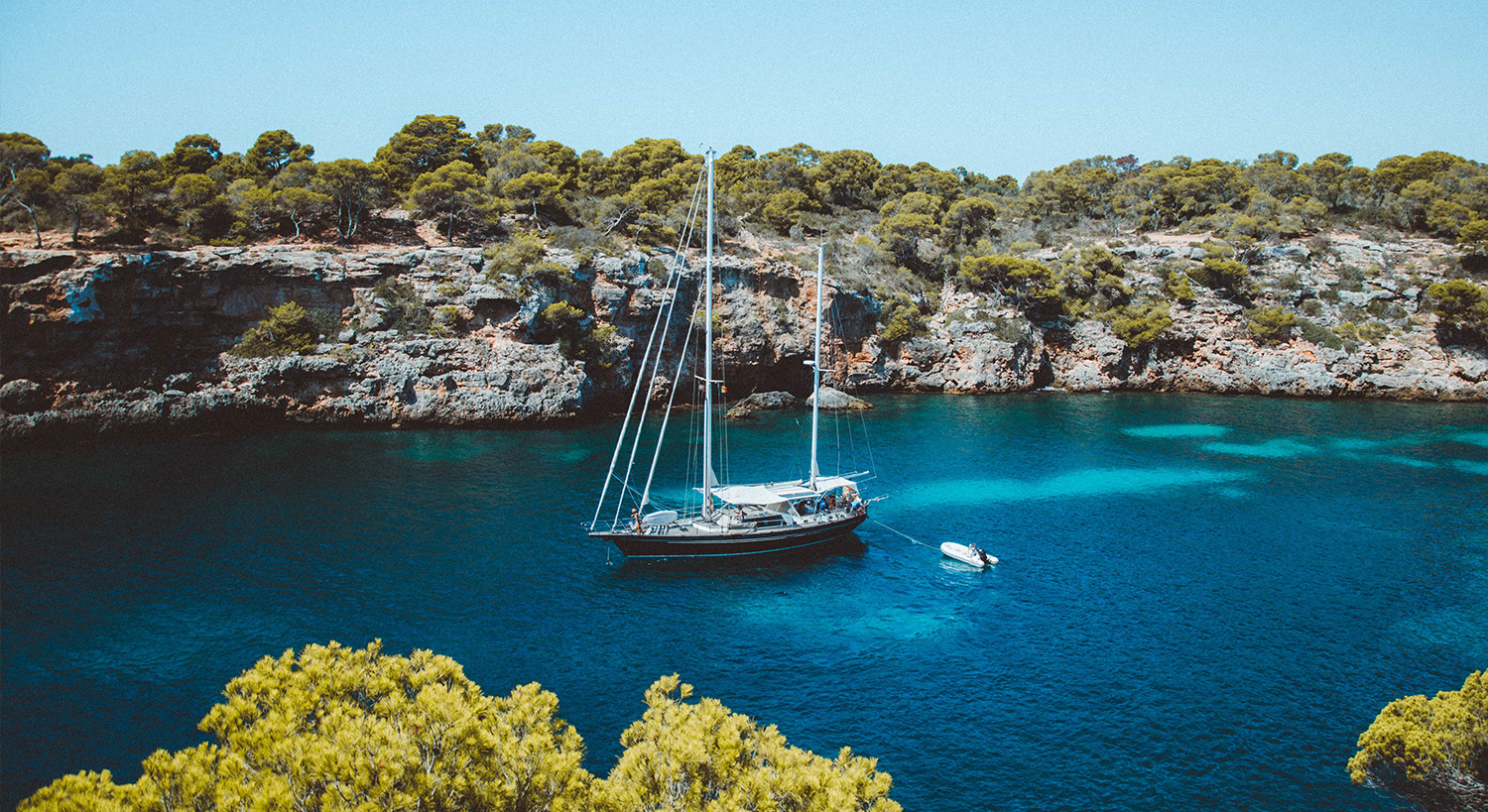 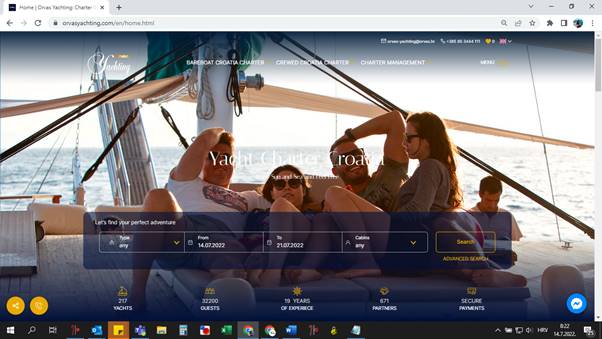 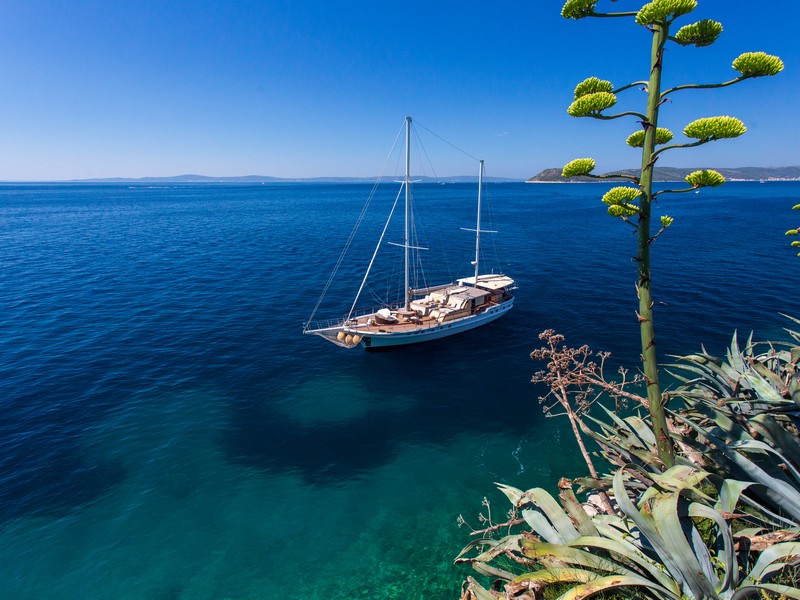